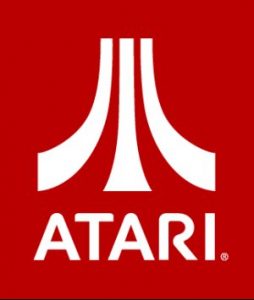 Atari was founded in June 28 1972, and was an entrepreneur in arcade games, game video consoles, and home computers, a virtual new market in the 70’s. The companies most famous game was Pong, the game that helped define the electronic industry of the 1970’s and 80’s. After the 80’s however the Atari company fell out of favor.

In 1983 game developers saw a harsh decline in sales and interest in videogames. This start in declines would ultimately lead Atari to bankruptcy. Even though it toke another 20 years to happen, Atari was pushed to the sidelines as other large electronic companies such as Sony, Microsoft and Nintendo dominated the client base. This has lead Atari to rethink its business strategy and come up with new ideas to reinvent its image to the general public.

Atari is partnering with virtual games company FlowPlay on Atari Casino, a series of classic casino games such as roulette and blackjack that carry themes from classic Atari games including Asteroids, Centipede and Missile Command. After Atari’s history in games and consoles this seems like a strange filed for them to become involved in. However Atari hasn’t lost sight of their roots however and claim that all casino games they will offer have connection to their famous classics and even more recent titles such as Roller Coaster Tycoon.