You are here: Home / Roulette News / Can roulette dealers influence the game?

Can roulette dealers influence the game? 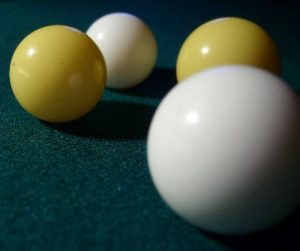 While the basics of roulette are quite easy to understand and the chances of winning seem to be clear, according to some the dealers at live games also have an effect on your odds to win. Although it is not clear whether this is the truth or just a myth, it is interesting to just think about it for a moment.

The most basic trick that some dealers use according to some players is a change in behavior. Dealers that notice players are winning will increase the pressure on players by giving them less time to place their bets. As a result players have to think quicker and are more prone to make mistakes. Players have less time to think about their strategy and because of the increased pressure will place bets that they would rather not have made in retrospect.

Another technique that is believed to be used by roulette dealers is a technique that is most often referred to as section shooting. When using section shooting, the dealer spins the wheel at a certain speed to ensure the ball lands in an area where few bets are placed. Although this is certainly not an easy technique to pull off, experienced dealers that might have spun the wheel hundreds of thousands of times might actually be able to pull this off.

Finally, a select group of players also believe dealers and casino use magnets to guide the ball to, for the casino, relatively harmless areas. Although this seems to be a great idea for a movie script, we believe that real casinos will not use magnets to influence roulette. The use of magnets would be far too easy to detect and the consequences for a casino getting caught cheating would be huge. They would certainly lose their reputation and most probably also their gambling license.