You are here: Home / Roulette News / Can superstition help you?

Can superstition help you? 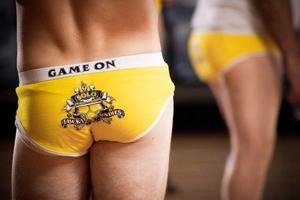 Everyone believes in things that bring them good luck, no matter what their age. Maybe it’s a lucky watch, a lucky bracelet, or something of high value they own. Or maybe it’s a habit they’ve practiced that for some strange reason, has worked to bring them good fortune in a day or in the course of an event. Some college sports fans have even concurred that when the coach wears a certain outfit for the ball game, the team’s chances of winning go up. Perhaps even you personally have had something in the wardrobe that you have concluded has such a charm about it that you reserve it for just such an occasion when you feel you need it. But then there are also the strange cases of those who choose to forego personal hygiene due to such beliefs in their own fashion and such is the case for certain students in the UK recently.

These students decided in order to do well in final exam week that they would not change their undergarments until after the exams were over. Did it bring them good grades? Perhaps it did, but you can only imagine what this kind of practice did to the classroom environment. Sure if you’ve ever been to college you probably developed certain study habits before taking a test and it may have worked for you, but hopefully not at the expense of your rest and personal hygiene. Many of these students also admitted to waiting until the day before the exam to really study into it, a practice that is common for many people and in some cases it may help keep the material fresh in the mind, but if the tests do not yield the results they are looking for, dirty underwear will not serve as an alibi.