You are here: Home / Roulette News / Casino Boss Fixes Roulette for a Friend 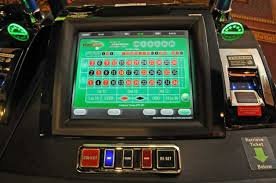 Pierre Coulon used a laptop to manipulate the wheel, during a game of virtual roulette in his casino, so that a friend could win money from his establishment. He altered where the ball landed and due to this his friend won £500.

After a few spins casino staff where suspicious that cheating was taking place. After investigating, staff found that cameras, that were supposed to be targeted on the gaming area, where focused on the electronic roulette wheel, where Coulon’s friend was playing. Casino director then admitted using a laptop to manipulate the electronic roulette wheel to ensure that the ball landed on numbers his friend bet on. Coulon was able to manipulate the casino cameras and this asks the question if other casinos are using this tactic to cheat, or to change the house edge.

Coulon pleaded guilty to stealing £500 belonging to the casino. He is charged with 60 hours unpaid work, as well as paying £500 compensation plus a £60 victims charge. Coulon has also been stripped of his gambling license, ending his 40 year career in the casino gambling business. In a press release by Coulon, he states that he is “embarrassed” and said that he is “a broken man”.