You are here: Home / Roulette News / Dozens of Companies move in on New Jersey Online Gambling

Dozens of Companies move in on New Jersey Online Gambling 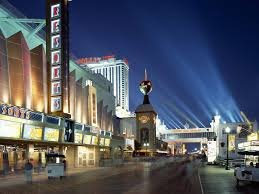 Just about everyone who has enjoyed online gambling at some point remembers the relatively recent shutdown of certain online poker sites; but for those living in New Jersey, a law making the state only one of three in America to allow online gambling means that they’ll still have a place to play. Realizing the potential for profit, 37 vendors have submitted applications to the New Jersey Division of Gaming Enforcement to be able to take part in the state’s online gambling market.

State regulators have decided not to release the names of the applicants until they are approved for licenses, but this hasn’t stopped several vendors from acknowledging the fact that they’ve applied to be a part of New Jersey’s soon-to-be bustling Internet gambling industry. In fact, several prominent casinos, such as Borgata Hotel, the Tropicana and the Golden Nugget have already announced partnerships.

The applicants for licenses make up a wide range of industries. While no one is surprised that there are online gambling companies in the mix, there are other companies that most wouldn’t relate to online gaming. These companies range from marketing and telecommunications firms to software providers. Though these companies don’t directly participate in gambling, they still must be licensed to work within the fledgling industry in New Jersey.

The legislation allowing legal online betting in New Jersey was only passed on Feb. 26, and it seems as if the state is wasting no time in getting the industry on its feet. Nevada and Delaware are the only other states that currently have legal online betting, but New Jersey will become a working member of this list within a few months. In fact, though the state says they may extend the deadline, they’re hoping to be going full force within nine months of the original passage date of the legislation.