You are here: Home / Roulette News / Fishing for Big Jackpots 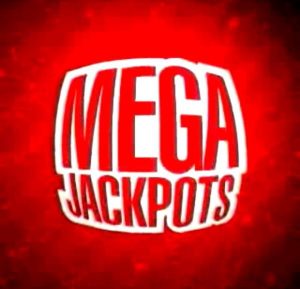 As you all know, gambling always comes with a risk – the house edge. Anyone playing without keeping that in mind could be considered reckless. So why are we gambling? Because the thrill,and even more so, the rewards, are worth it! Whether going online or hitting the boardwalks, there are huge, life changing jackpots to be won. One shining example occurred overseas. Online video poker is a big craze in Australia. This is probably fueled by the fact not too long ago some lucky guy won the equivalent of 10 million American dollars. And he did it with a free spin.

The record online jackpot though comes out of Betsson, an English casino. They paid one of their members €11.7. That’s over $15 million American.

Not everyone’s willing millions, but sizable pots are taken home every day. This is especially true of online gaming which has become extremely popular around the world. According to OnlineCasinoReports.com, an online casino like Jackpot City Casino is paying out winnings of $20,000 or higher every other day. In 2011, there were a total of 179 winners in the category. Gaming Club paid out $272,000 through their Break Da Bank game. That same game put out prizes of $64,000 on two other occasions.

In December of 2011, there were a number of nice jackpots, starting from $7,500 and maxing at $85,000. That’s an incredible average of $26,337.5 a day! This, of course, is across a number of casinos and games. Certain games seem to create multiple winners annually or same day. This is true if the game has variations, such as Roulette.

Not all prizes are cash. Many online casinos have promotions, contests and other incentives for its members. Among gifts won or given out in 2011 included gift cards worth $200 or more, an all expenses paid vacation to South Africa, television sets and Tri-Nations tickets.

Still, there’s nothing like cold hard cash, is there? The best online casinos pay out big, they pay out often and they pay out fast. If you do decide to play online, go with a site that deals in multiple currencies without a lot of conversion hassle.