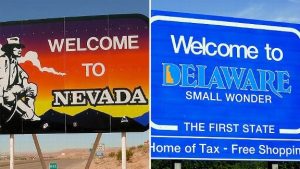 Over the Super Bowl weekend, casual gambler Mark Johnston (52) was in the Las Vegas strip to try his hand at the world famous casinos, little did he know that he would leave the next morning with far less money than he had arrived with. On said evening, Johnston arrived in Nevada with his wife and had a few drinks in the limo on the way to diner. When he arrived he continued to partake in drinking alcohol, at which point he claims he blacked out.

He then continued to the gambling tables, where he lost close to $500,000 in bets, the casino even gave him loans to keep playing. And this is where the controversy starts. Nevada law states that casinos are not allowed to serve obviously drunk players at the casino table and are forbidden to let them gamble. However This casino was not following these rules. This is the Law that Johnston is using in his favor to win the lawsuit. He claims that there is nothing wrong with gambling but casinos have a moral obligation towards their customers.

Johnston and his lawyers plan to use both eye witness testimonies, as well as surveillance video evidence to show that he was in fact drunk. The evidence seems to be in his favor. Meanwhile the casino is also in investigation to see if they have pulled this stunt before. Rumors are circulating that the casino could be shut down temporarily and maybe even permanently in Johnston wins his case.