You are here: Home / Roulette News / If California legalizes online gambling, will feds step in?

If California legalizes online gambling, will feds step in? 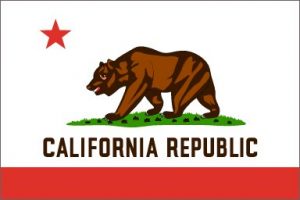 California is inching closer to legalizing online gambling in its various forms, but the question remains if the federal authorities will fight against it, according to The Huffington Post.

The federal government passed a bill in 2006 that banned online gambling, but nothing happened until earlier this year, when it shut down everything unexpectedly. Now, there are two different bills that are seriously being considered in California – one solely makes online poker legal, whereas the other one legalizes other games including online roulette, blackjack and slots.

Many professional players are saying that they will move to California if it is legalized.

"There are two California The sites that were hit by the Department of Justice seizures were the biggest sites still operating in America as well as the most reliable," professional player Nath Pizzolatto told the news source. "Any games that are still available in America are on small sites that don’t have the reputation of being secure with player money and reliable and prompt with player payment that places like PokerStars do."

Would you move to California if online gambling became legal there? Do you think that the federal government will step in if it is?