You are here: Home / Roulette News / Miss Jayne A wins thousands on Jackpotjoy 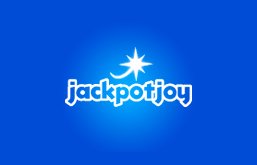 Jackpotjoy recently announced that Miss Jayne A is another winner that the online casino can add to its list, as she became £6,162 richer after playing Monopoly Snap.

"Absolutely ecstatic with my win, over the moon and in much shock!" Jayne said after her win.

Monopoly Snap is a newer version of the site’s traditional SNAP game, which has five more ways to be victorious, making it easier than ever to walk away from your computer with some extra cash in your pocket. This game keeps players at the edge of their seat as they turn over a property card and if they are the first to call SNAP, they take home the money.

Players who are interested in becoming richer after playing a few games on this site should join now, as there have been many recent winners that the company has reported. Love roulette? No problem, this site offers online roulette on top of other classic casino games such as poker, blackjack and slots. So, why wait? Winning some money can be only a few clicks away.