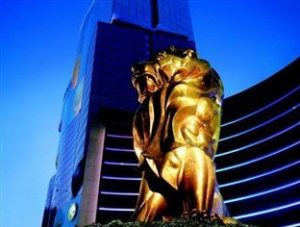 MGM Resorts International has just announced that it will be opening a second location in one of the world’s most lucrative casino markets.

In early January 2013, the Chinese division of MGM reported that the company has won approval for yet another casino resort on the island of Macau, which has in recent years become a world-renowned center for gambling.

According to MGM, the new casino will feature a five-star hotel with 1,600 rooms, as well as a gaming center with 500 game tables and 2,500 slot machines.

The approval for the new casino has been of extreme interest to the U.S. gambling industry, as Macau has already proven itself to be a highly lucrative location for foreign gaming operators. Industry sources report that revenues from the three dozen casinos on the island have totaled six times as much as similar casinos on the Las Vegas Strip. Last year alone, casino revenues totaled $38 billion, representing an increase of 14 percent over the preceding year.

Insiders say that MGM has been eager to capitalize on this growth rate, particularly because the Las Vegas Sands Corporation already has four casinos in the area. Another competitor, Wynn Resorts, also has a strong presence on the island. Currently, there are six casino operators on Macau, all with resorts located on the Cotai Strip, a large parcel of reclaimed swampland that was designed to closely replicate the Las Vegas Strip.