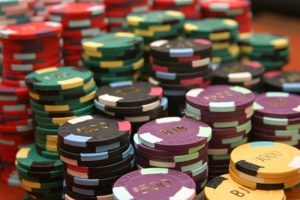 It seems as though the upcoming year is going to be one of the gambler, as talk continues to focus on how online gambling is coming closer to becoming a reality, according to ABC News.

Since the U.S. Justice Department released its legal opinion, gamers and officials alike are now awaiting the upcoming boom in the gaming industry, which could greatly benefit the U.S. economy. According to a Morgan Stanley report from 2010, online poker is expected to generate $12 billion a year in revenue for the states, the media outlet reports.

"We are about to see this explosion of internet gambling sweep across the nation," I. Nelson Rose, a Whittier Law School professor and expert on gaming law, told the news source. "All we’re seeing is every single state proposing more and more legal gambling. Gambling is seen as a painless tax, involuntary tax so it is an easy way to raise revenue without raising real taxes."

It isn’t just online poker that is expected to take off, but also online roulette, blackjack and slots. Which game will you play first?