You are here: Home / Roulette News / Simon Cowell’s next big thing may be online roulette

Simon Cowell’s next big thing may be online roulette 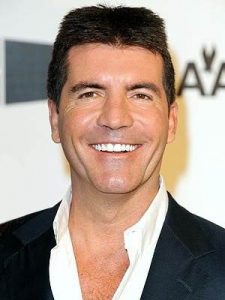 Love him or hate him, snarky British television personality Simon Cowell has proven to be a strong judge of potential. From bizarre variety acts of the Britain’s Got Talent to the star-making power of the Pop Idol series, Cowell has proven that he knows when something will be popular and when it will fizzle out. It seems that the next big thing to catch his eye isn’t a singer or dancer, however – it’s online roulette.

Following the boom of live action roulette on UK television, and the online activity that occurs as a result of it, Cowell has announced plans to create a new TV game show entitled Red and Black. Though still in early development, Cowell claims that the roulette-themed game will be the “biggest, noisiest and most expensive show in UK history.”

The show is set to be hosted by popular British comedy duo Ant and Dec and will take place in several of the UK’s largest venues, including London’s O2 Wembley Arena. The show will call random contestants to the stage to compete in a series of games, with the inevitable winner having the chance to spin a roulette wheel for a shot at £1 million.

Analysts believe the show could yield an online venture as well, with players at home playing along for cash and prizes.