You are here: Home / Roulette News / Tombola celebrates its second year of operation with roulette promotion

Tombola celebrates its second year of operation with roulette promotion 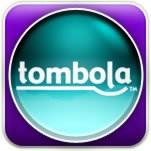 Punters are always on the lookout for the latest competitions, promotions and offers on their favorite games. Players with a love of bingo and online roulette will want to head over to British gaming site Tombola where the company is celebrating the two-year anniversary of one of its most popular titles, Bingo Live Roulette.

Tombola has announced that it will be offering gamers a wealth of opportunities to hit it big in the oft-copied gaming hybrid. The company will name the game as its spotlighted title of the week and offering a wealth of guaranteed jackpots on the game across all the rooms it plays in to celebrate.

Beginning today, the site will offer guaranteed jackpots on Bingo Roulette that range from £100 to £400 for every game played between 8 p.m. and 10 p.m. The promotion, which will run through Friday, will vary its jackpot based on the stakes being wagered.

Bingo Roulette is one of Tombola’s most popular game and the site is hoping that the new promotion, plus a £20 first deposit bonus will convince gamers to give the site a serious eye.