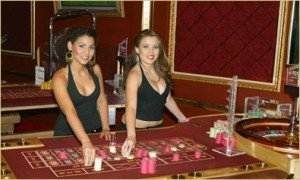 Over the past several months, the biggest news in online roulette has been the growing popularity of live-action online gaming. These titles feature live video feeds of croupiers and roulette wheels at casinos or devoted studios across the globe, playing the game for a captive internet audience. The titles have been quite popular recently, with many analysts attributing this to the “real casino” feel that these games provide. Yet a new study reveals that the live action may make most punters feel more comfortable placing their wagers.

The study, published in the April edition of scientific journal Computers in Human Behavior, tasked punters to rank their level of comfort with live gaming as opposed to online gaming. In the end, researchers found that players prefer to actually be in the presence of the wheel when they lay their money on the line.

“People prefer face-to-face [contact],” Jim Phillips, a psychologist at Monash University near Melbourne, Australia, and a co-author of the study, told Wired Magazine. “Providers of electronic services struggle with such tendencies when they try to replace face-to-face with computer mediated transactions.”