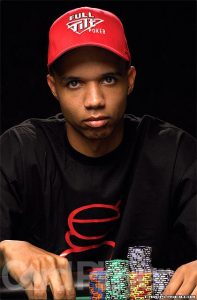 Professional poker player and world star Phil Ivey is being sued for an allegedly card counting scheme that win him $9.6 m in baccarat at a Atlantic City casino. Phil Ivey and his accomplice, Cheng Yin Sun, noticed that there were irregularities on the design of the cards and were able to make bets accordingly.

The Atlantic City casino was using cards from manufacturer Gemco playing cards. These cards featured a design that mimicked diamonds. Ivey and Sun noticed that some of the diamonds were halved and quartered, allowing them to memorize which cards had which backgrounds. They even requested the dealer to deal in a specific way so that they could track where the cards would land in the deck. This is a common occurrence with high roller, as casino want them to bet more in the hope that they will lose money.

The technique used by Ivey and his accomplice are technically not illegal. Phil Ivey is a self-proclaimed “advantage-player” who finds legal means to improve the odds of winning. He further argued that the casino should have had methods in place from stopping player from using the edge sorting technique. Even though Ivey clearly had an advantage over the house he does not view his actions as illegal. This is not the first time that Ivey has been accused of sort edging. A similar case happened in England, where a casino withheld £7.8 million from Ivey due to suspicion of edge sorting.