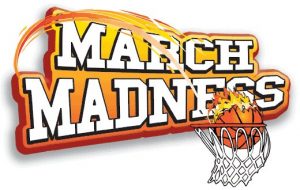 In the United States of America, March plays host to one of the country’s biggest sporting events, March Madness. March Madness is a Basketball tournament featuring the best semi-professional university and college basketball teams. Traditionally this event has run hand in hand with betting and gambling. Recent laws passed in The US however might put a stop to this.

The tradition of betting during has been a long standing tradition since before the 1950’s. Punters have set up betting brackets that allow betters to bet on the outcome of each game, including baskets scored, to determine who they think will win the overall tournament. It is predicted that over 50 million Americans take part in the annual betting spree with competitors being anything between high school students and colleagues in work environments.

Over the years the gambling reputation of the tournament has causes some national scandals. Over the years a few teams have been found guilty of point-shaving. Where a team who is favored to win by X amount of baskets purposefully doesn’t reach the quota to allow outside bets to be more effective. Some teams have even been accused of match fixing/throwing. Where they lose on purpose so that outside betters can make huge sums of money. The most notorious scandal occurred in 1950, where 32 players were accused of accepting bribes to fix games. This included 2 national champions and the sport’s most prodigious coach, Adolph “The Baron” Rupp.