You are here: Home / Roulette News / Astraware bringing online roulette to the Nook 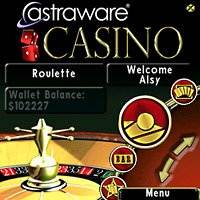 With all the talk of mobile gambling in recent months, most of the attention has been on smartphones and tablet computers. Yet while devices like the Motoroal Xoom or the iPhone may be more popular, eReaders remain an important part of the mobile market. Those gamers who would like to play some online roulette on their Barnes and Noble Nook are in luck, as software developer Astraware has announced the launch of a new casino game for the handheld device.

Astraware Casino, which launched alongside three other games including sudoku and mahjong, offers players 11 popular table games including Texas hold ’em, blackjack, craps and slots in addition to American and European slots.

The games retail for $4.99 at the device’s dedicated shop, and were designed to challenge even the most experienced punter.

"We’ve put together a selection of titles that are ideal for people who like to both relax and use their brains – which will be perfect for Nook Color owners," claims an unnamed Astraware representative. "With great features to make the games rewarding to play, and customization to really make them your own, these will sit perfectly alongside the books, magazines, and entertainment that Nook Color owners already enjoy!"