You are here: Home / Roulette News / Bwin.party sees growth in its online casino 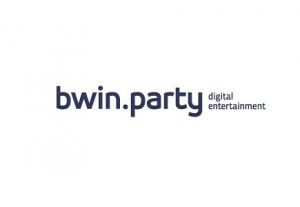 Bwin.party has been seeing growth in people playing various games on the website, especially since it started featuring more roulette and blackjack games along with poker in Italy. The site was previously known for its sports betting but it has expanded, according to Reuters.

"We expected our business to be resilient but not immune to the recession, and I think that’s where we are today," Chief Financial Officer Martin Weigold told the news source. "There are certain markets that have been particularly hit by the financial crisis … for us Greece is the one that stands out. However, even Greece shows quarter-on-quarter growth, but if you looked at the year-on-year movement, we have seen a double-digit decline."

Weigold added that they have been benefiting from the U.S. shutting down online gambling, the news source reports.

However, according to Tight Poker, the American Gaming Association has been continually receiving support from various corporations and individuals in an effort to legalize online gambling in the U.S. and also develop regulations so that children will not be able to access the site.

Bwin.party is known for a range of popular casino brands such as PartyCasino & Casino Swiss.