You are here: Home / Roulette News / Using math to increase your Roulette Odds 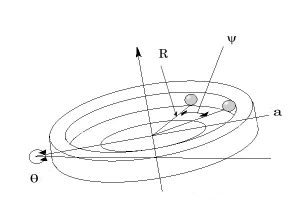 Doyne Farmer is a prominent mathematician at the University of Oxford. During the 1970s, Farmer wasn’t simply a lover and player of roulette. He was quite successful at it, apparently devising a system that kept the odds in his favor. Only now has Farmer decided to reveal his secret.

He used a computer. The world’s first wearable computer.

Farmer says he sees no reason to remain silent after a pair of researchers publicly revealed a method very similar to his. In a draft paper submitted to New Scientist, Farmer reveals his method of beating the house. This was in direct response to a pair of researchers, Michael Tse from Hong Kong Polytechnic University and the University of Western Australia in Perth’s Michael Small, that have established their own method — comparable to Farmer’s — for tipping the roulette odds to the player. Their conclusions have been submitted to Chaos.

According to the latest research, one can use something as simple as a small computer or smartphone and a few measurements to calculate odds. The method requires tracking the ball and a set part of the wheel as both rotate beyond a chosen point. There are two crucial moments to take into account. The first is when and where the ball falls after rolling around the rim. The second is what transpires after the ball begins to bounce. It’s taking the physics of once and where the ball starts bouncing. From that point, one can roughly determine where on the wheel the ball is most likely to land.

Farmer says he used a comparable method. He does contest the study’s assumption that friction with the rim should be a major factor in the calculations. His system didn’t rely on the ball hitting the rim and slowing down so much as it depended on air resistance.

Despite their findings and successful testing, even the researchers believe this tactic probably isn’t news to anyone in the gambling industry. Casinos routinely stall the process by closing bets before the wheel’s rotated enough times for any measurements can be established.