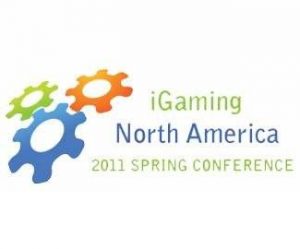 Members of the online gaming industry recently convened in Las Vegas to take part in the iGaming North America Conference, an annual meeting where the who’s who of the business meet to discuss the future of the gaming world. Though the topic on everyone’s lips may have been the current battle being fought by online poker players in the U.S., the event also signified a number of big movements that could mean big changes for online roulette, slot and table game players as well.

The first overarching theme that seemed to dominate developers’ minds was simplicity. In both game design and legalization efforts, the idea was to not reinvent the wheel and further explore the conventions that made these games so popular in the first place.

One good sign for legalization efforts is that the many traditional casino representatives seemed to be more comfortable sharing the stage with online casinos. This could mean new partnerships between brick and mortar casinos and online properties on the way.

Jan Jones, Caesars Entertainment’s senior vice president for communications and government relations, claims that online gambling is the way of the future.

“The future of the… gaming industry is intrinsically tied to the Internet,” said Jones. “The upcoming generation makes all of their decisions on the Internet. If we don’t have a significant presence, they will make other entertainment choices.”