You are here: Home / Roulette News / Taxes on table games in Maryland: Good or Bad?

Taxes on table games in Maryland: Good or Bad? 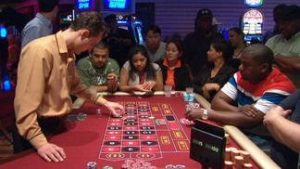 In November of last year, the Maryland gambling program was expanded and the new rules state that table games are now allowed at casinos in the state. One of the reasons for the public to accept approve the referendum that was held , was the fact that allowing table games would increase the amount of tax that came in and benefit the Education Trust Fund.

Earlier this month, however, when the Maryland Lottery and Gaming Control Commission released the first numbers after table games were added in the Maryland Live Casino, some people have openly started doubting whether allowing table games was the right thing to do. Although casinos revenue has gone up since adding the table games, the amount of tax that is paid by the casinos has not significantly increased.

The main reason for this is the fact that casinos pay less tax over table games than they do over other games, such as slots. Casinos in Maryland get to keep 80 percent of the revenue generated by table games themselves, while they can only keep 33 percent of the income generated by slots. Although this might seem unfair at first glance, but when thinking about it it does make sense.

Table games are more expensive to host for the casino and they require a huge workforce to sustain. At the Maryland Live Casino, approximately 1,200 employees were added to the staff, just for hosting the live table games. The table games doubled the number of staff members and the addition of table games has thus created a lot of new jobs.